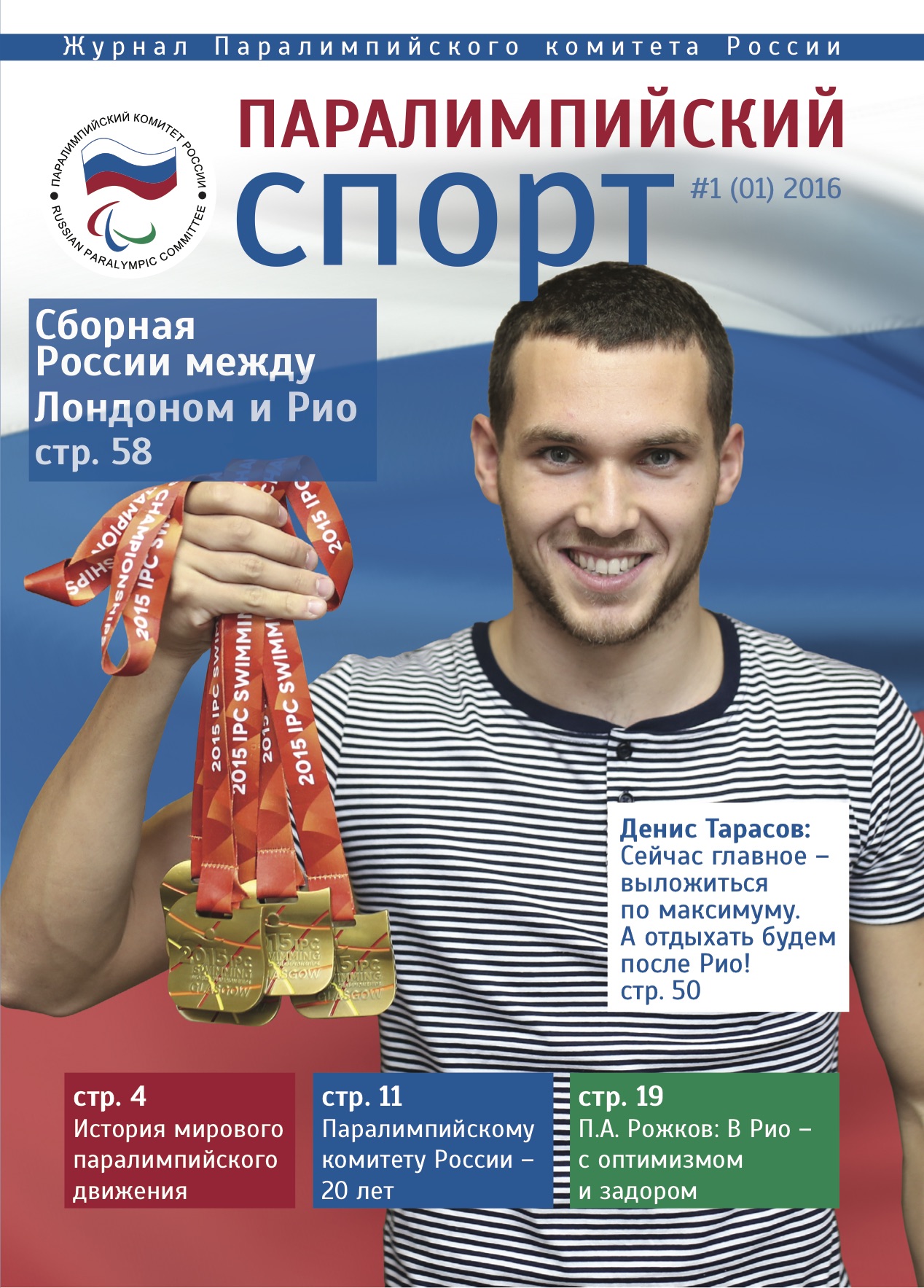 About Magazine
In 2016 the Russian Paralympic Committee issued first in the history of national print media – the “Paralympic Sport” magazine.
Unlike most Russian sport publication, the “Paralympic Sport” – is the only printed edition that highlights recent events and topics in the world of the Paralympic Sport, such as: preparation of national teams for universal competitions, results of national championships, life stories and interviews with famous athletes and coaches, their stories and facts of their biographies, posters and photos. Quarterly magazine has circulation of two thousand copies.
The magazine is distributed among Paralympic athletes, their funs, doctors, coaches at fifty three of regional offices of the Russian Paralympic Committee, at Russian National Sports Paralympic Federations, federal and regional executive bodies in the area of physical culture and sports, special sport schools and public organizations.

Contacts
10100 Moscow, 2 Turgenevskaya Sq.
Fax 7-499 922-11-98
fka@paralymp.ru
The magazine is registered with the Federal Service for Supervision in the sphere of Communication, Information Technologies and Mass Communications