Contrast version
01 January 1970
The first day of the Paralympic Summer Games in London, Russian athletes won four medals - two gold, one silver, and one bronze. Both highest awards were brought by the swimming team,: under the deafening roar of the crowded stands at "Aquatic Center" Russian swimmer Sergey Punko finished first in the race for 400 m freestyle (S12) Russian swimmer Sergey Punko and had won the first gold medal for the Russian Team at the London 2012 Summer Paralympic Games. {nl}{nl}The Deputy Prime Minister of the Russian Federation, Dmitry Kozak, was also among the roaring crowd of compatriots celebrating this victory. Later on, Dmitry Kozak took part in Winning Award Ceremony and personally congratulated the swimmer with his victory. The celebration continued when a few minutes later, Oksana Savchenko brought another "gold" to the Russian Team in the 400 m freestyle. "Today Oksana was not able to hold back her tears after the victory, and that understandable. Her victory is the result of the tremendous work and detarmination” said Irog Tverzyakov the Head Coach of the Russian for visually impaired athletes.{nl}{nl}“This is a good result - just two gold medals on the first day of the Paralympics. I think that we are quite capable to perform better in London than in the previous Olympic Games in Beijing”.{nl}{nl} 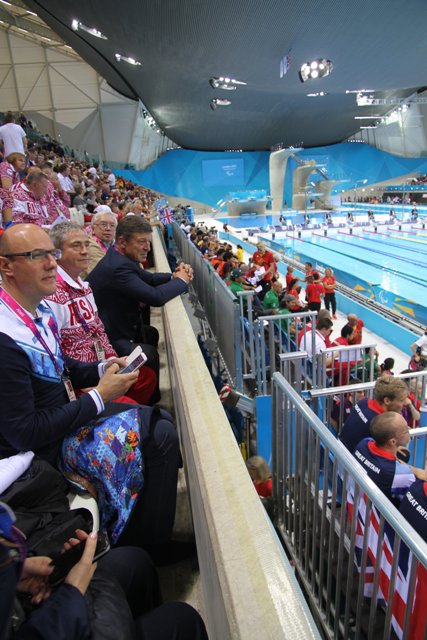 {nl}{nl}On the same day, the silver medal in power lifting, was won by the Russian Paralympic athlete Vladimir Balynets , in weight category up to 48 kg. He yielded only to Nigerian sportsman- Yakubu Adesokanu, the winner of the gold medal, who set the Paralympics world record - 180 kg. The silver medal won by Balynets was the "first sign" for the Russian Team, which later was supported and improved by the victorious swimmers.{nl}{nl} 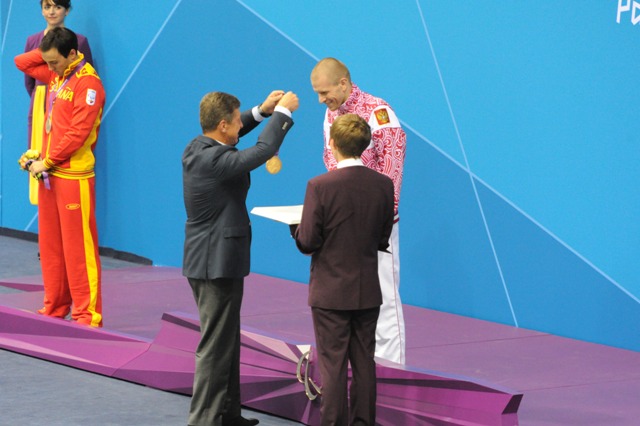