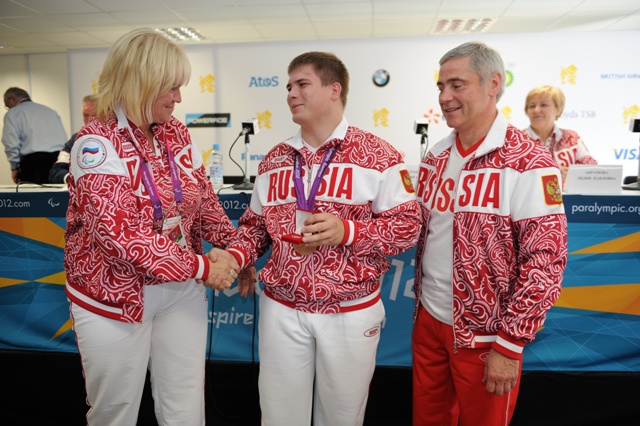 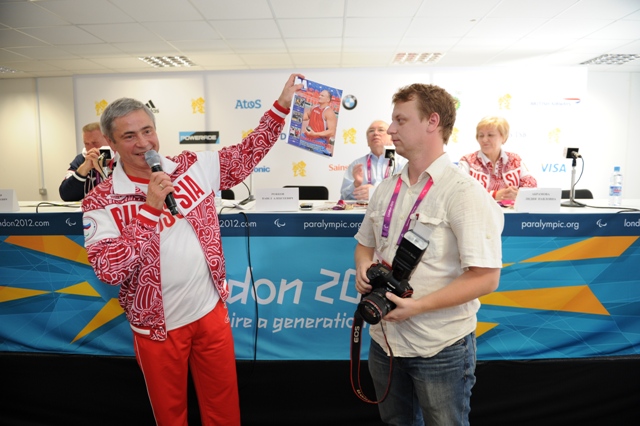 {nl}{nl}Deputy Director General of the of "Megafon" Tigran Pogosyan, presented gifts to all awardees.{nl}{nl}Pavel Rozhkov, gives out souvenirs to a members of the press who cover the 2012 Paralympic Games in London .