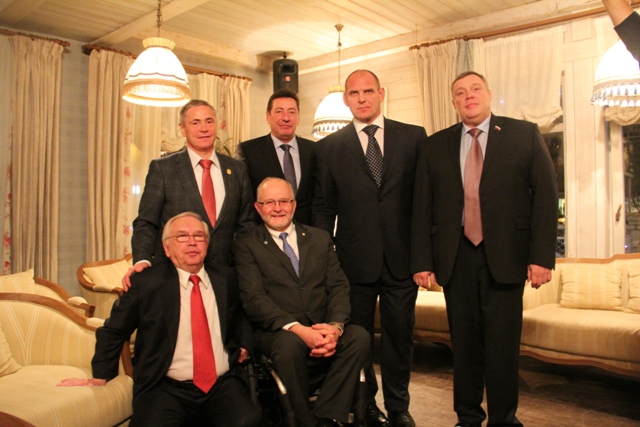 {nl}{nl}The meeting focused on the development of the Paralympic Movement in Russia and worldwide, preparation for the XI Paralympic Winter Games 2014 in Sochi, meeting of the leadership of Ministry of Sports with National Teams in the training center " Novogorsk ", and VIII solemn award ceremony of the Paralympic Committee of Russia "Return to Life" Paralympic athletes and coaches of national teams of Russia in winter and summer sports , demonstrated high athletic performance in the international arena and have made a significant contribution the development of adaptive physical education and sport involving IPC President Sir Philip Craven , leaders and representatives of the National Paralympic Committee of the CIS countries , Eastern Europe and the Baltic states and others.