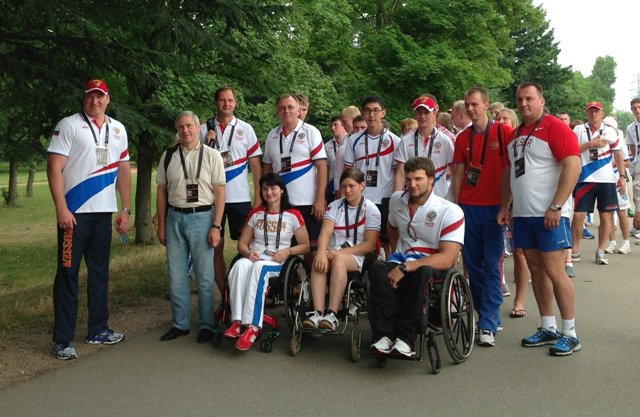 {nl}
{nl}{nl}July 19, 2013 at the stadium Parili in Lyon (France) the 2013 IPC Athletics World Championships.Together with the Russian National Team the Opening Ceremony was attended by Pavel Rozhkov, the Chairman of the Executive Committee, the First Vice - President of the Russian Paralympic Committee, Head of the Working Group on the Russian Paralympic Team in the preparation and participation in the XV Paralympic Summer Games in 2016 in Rio de Janeiro (Brazil) .